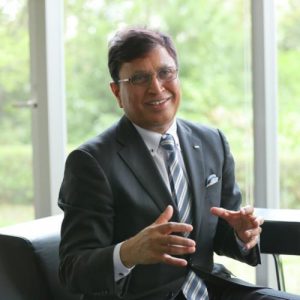 Dr. Lekh Juneja is the Executive Vice President of Rohto Pharmaceutical Co., Ltd. Japan and serves as the Chief Health Officer (CHO) of the company as well as the Global Head of International Business and R&D. He plays a pivotal role as one of the senior board members and spearheads the global expansion of the Rohto-Mentholatum group. Dr Juneja also serves as the President of MG Pharma Inc. Osaka, Japan and Chairman of Rohto Pharma India and many other subsidiaries of Rohto group. .

Dr. Juneja has been a board member of the International Scientific Advisory Committee of the Advanced Food Materials & Nutraceuticals Network [AFMNet, an initiative by the Canadian Government] from 2003-2011.

Throughout his extensive career, he has also authored/co-authored more than 180 research papers and three books with CRC Press. Dr. Juneja, who received his Ph.D. from Nagoya University, Japan is a prolific international speaker as well as holds over 125 patents to himself. His expertise in research, development, manufacturing, and marketing for food, cosmetics, and pharmaceuticals is recognized globally.